I didn’t know what to make of this, particularly since any idol or symbol representing the “mythical” crucified Christ is repugnant to me, but the message is unavoidable, and people need to be told that throughout the times there have always been truly courageous individuals who went against common wisdom to walk the path of the higher mind.

THE ONENESS of HUMANITY

A review of Terrence Malik’s film: A Hidden Life 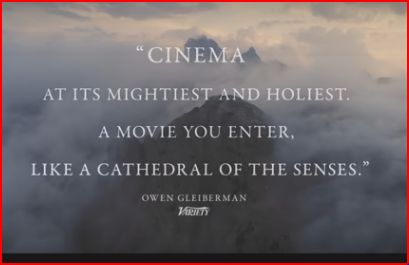 here’s an early scene in Terrence Malik’s masterful new film – what I would call a moving painting – where the central character Franz Jägerstätter, an Austrian peasant farmer from an isolated small mountainous village who refuses to take an oath to Hitler and fight in the German army, is talking to an older man who is restoring paintings in the local Catholic church.

Franz, a devout Roman Catholic, is deeply disturbed by the rise of Hitler and the thought of participating in his immoral killing machine.  The older man tells Franz – who has already been admonished that he has a duty to defend the fatherland (homeland) – that he makes his living painting pretty holy pictures for the culturally conditioned parishioners for whom God…

9 thoughts on ““A Hidden Life”: Review By Edward Curtin.”